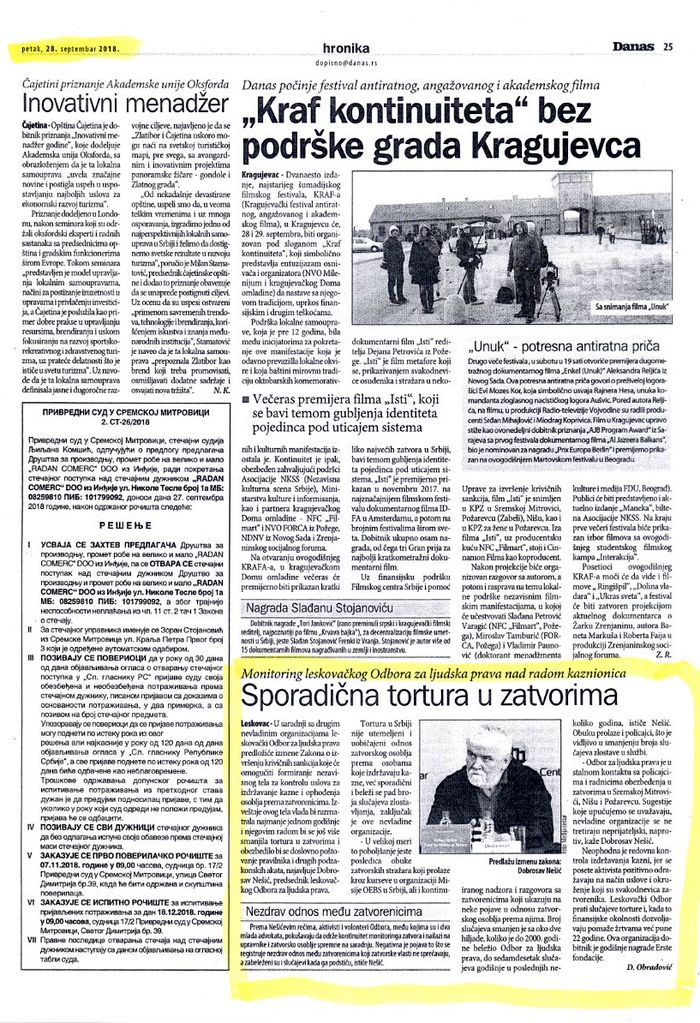 Today, in an extremely serious newspaper Danas, an article about our organization was published. The text says that our monitoring showed that a regular visit to prisons in Serbia has an effect, because if we do not visit some prison for some time because of a lack of funds, cases of torture.Therefore, there is a need for constant monitoring in institutions for the execution of prison sanctions. We will monitor as long as possible.
In the text, we announced that we have launched a major campaign that the state will form an informal body of non-party figures that will monitor throughout the year and report to the Serbian government about the situation in Serbian prisons. We will carry out the action during 2019 together with other NGOs dealing with human rights and all those who want to participate in the action. Among other things, we also need important help.

Posted in vesti | No Comments »